Jack was born in Farnborough Hampshire. At the age of 16 he joined the army. His basic training included gymnastics in the form of floor and vaulting. It wasn’t until he joined the Army School of Physical Training that he started to do gymnastics for real, that is, that he trained and competed on all 6 apparatus. His progress must have been rapid and was obviously a lad of great talent for the sport.

He quickly became part of the army gymnastic team taking part in the Adam Shield (team Championships) which the Army Gymnastic Union won on numerous occasions. He trained with legends Nik Stuart, Dick Gradley, Bert Dooley, Jack Scrivener, Bill Cosgrave, Jimmy Wilson and numerous other talented army gymnasts. Nik as always was the leading and guiding light of the AGU, a role that Jack obviously emulated later in his life in Pennsylvania within his gym club, Pancott Gymnastics.

Jack achieved considerable success, competing for Great Britain on numerous occasions including the 1960 and 64 Olympics and then the world championships in 1966. The icing on the cake must have been to win the British Championships in 1966 at the Albert Hall in London. It was soon after this that Jack decided to move with his family to the States.

Sadly, John Pancott, passed away on September 10, 2015. John, a British gymnast, competed in both the 1960 and 1964 Olympic Games. John trained with the legendary Nik Stuart and was his teammate in the Olympic Games.

In March, 1965, three American men and women versus three British men and women met in competition at Wembley Arena. John Pancott was leading the competition in all-around up until the final event, the high bar. John came off the bar resulting in the three Americans placing 1, 2, 3 with John coming in 4th. Through the years, John often reminisced about that competition.

John moved to the U.S. sometime after that competition. Eventually, he opened up a gymnastics club in Valley Forge, Pennsylvania (not far from Philadelphia), where a great number of excellent gymnasts over the years were produced, with an untold number of young students acquiring a love for gymnastics. John actively taught right up until his final days. His classes were always creative and filled with fun, excitement and enjoyment. He truly was a master teacher. John Pancott has left a warm indelible memory on so many of us. My deepest sympathy to his family. 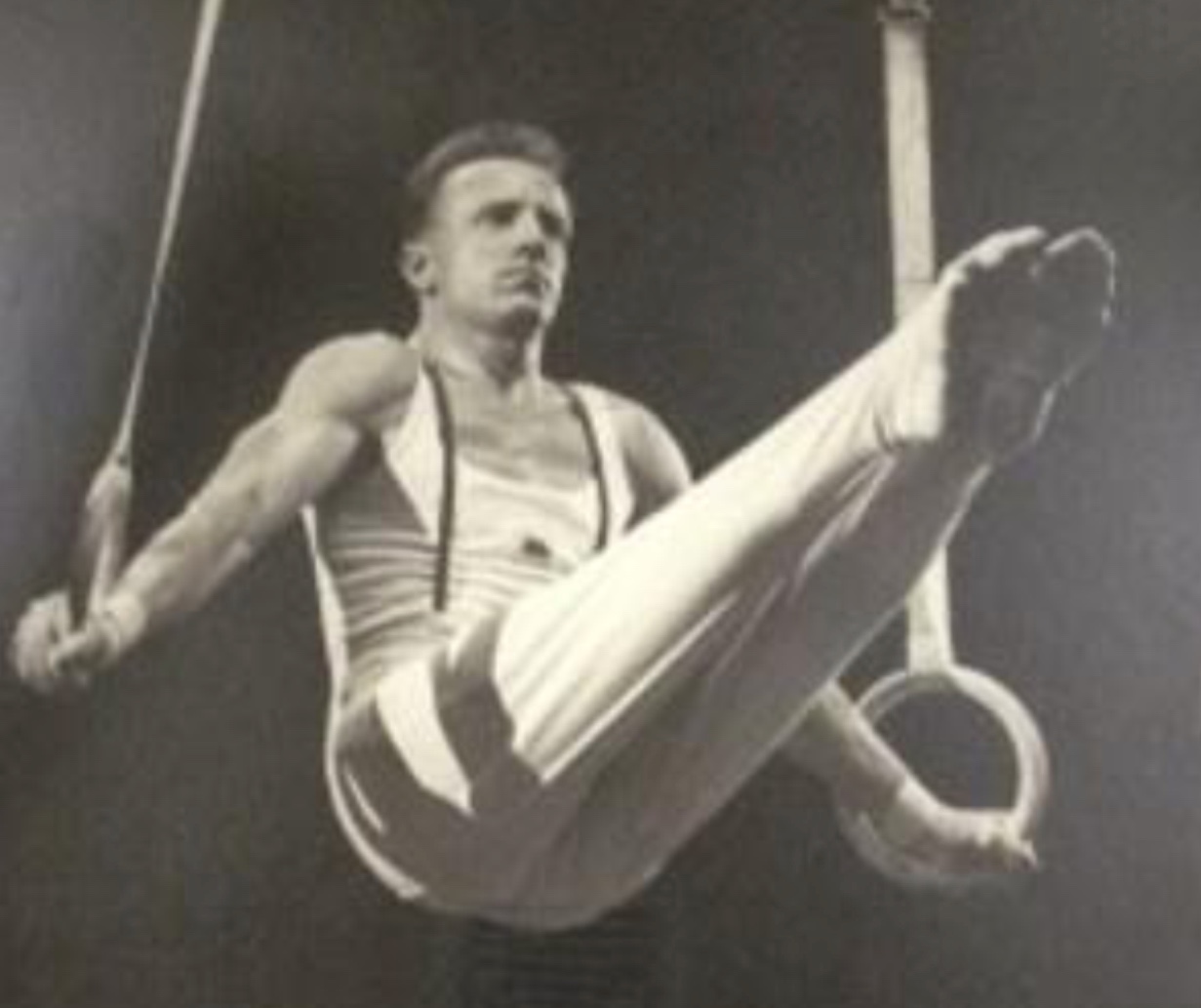 This photo was taken at Stanmore Arena about 1955. 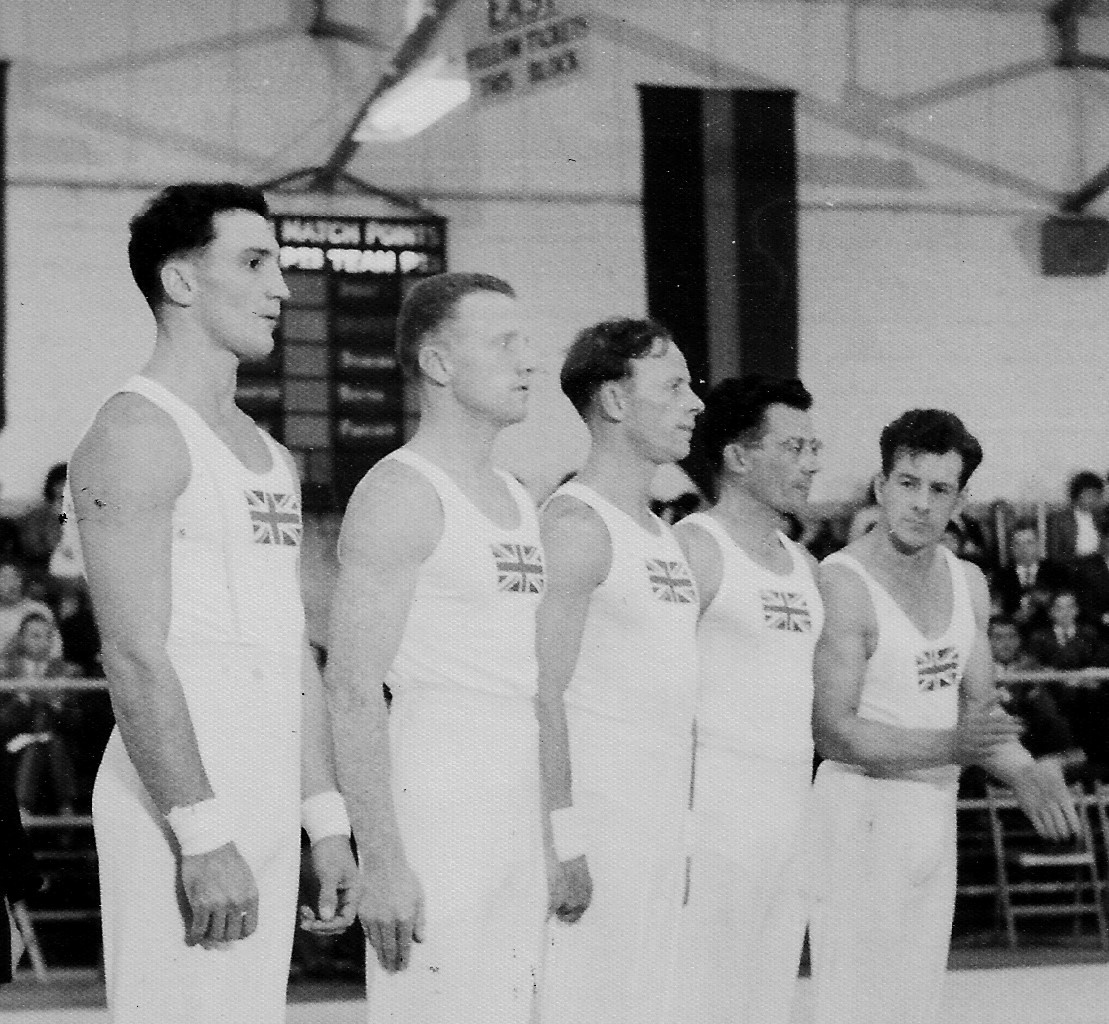 ‘Jack was a true British Gymnastics pioneer both in UK and USA, a man never to be forgotten if you’d ever met him’.

by Meg Warren
May 2018
H
BACK TO ALL GYMNASTS
