Many people were to have a big impact on my life, and in later years contributed to my gymnastic success.

I returned to Penge, south east London where my old school had moved from Melvin Road into new premises called Rockhills. (Previously I had been at school in Southampton from 1958 – 1960 where I enjoyed vaulting in the school playground when the school hall was not available.) I was placed in the typing class and stayed on an extra year until I was 16 ½. I then went on to work in High Holborn for an insurance company in September 1961.

My PE teacher Miss Roberts would pick me up from home after work taking 8 of us in her Morris Minor car, no seat belts in those days. The smallest ones sat on the floor to prevent the police from seeing us to avoid prosecution for being overloaded. We travelled to Midfield School in St Paul’s Cray Kent where Pauline Prestidge was running a series of coaching courses.

Maggie’s talent was spotted immediately, what an age to start gymnastics 16 ½!

Joyce Macaulay a netball player also signed up for the course in the hope of improving her stamina and strength for her sport. (Joyce was to become a gymnastics coach and forming her own gym club locally in Cray Valley and went on the produce gymnast Natalie Davis British Champion1984 ) My name was at the top of the enrolment book, I had found my niche.

Pauline was also taking an evening class for gymnastics at the Regent Street Polytechnic in London so after struggling through the rush hour with my gym suitcase containing shower gear, handguards and leotards I joined the Poly session. That is where I met Eileen Healey nee Smith. 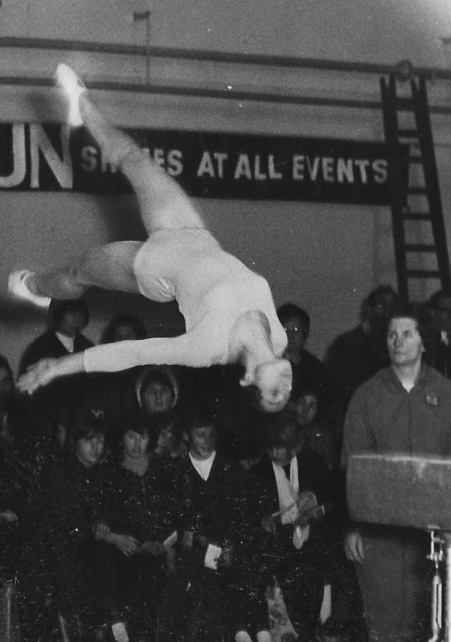 After work, Eileen would meet me at Barnehurst Station Kent and many times take me to her home for tea with her mum and dad who made me feel like part of the family. From there we would go to Bexley Gym Club run by Pauline and Jim Prestidge. Eileen and I trained 3 sessions a week. We competed together in the national team competition where, as the Bexley team we won. By 1962 I was chosen for national squad training and traveling the length and breadth of Britain. Later I represented Britain in my first international against Hungary (Nov 1963) and was very proud to hear the National Anthem.

I represented GB at every international from 1963 until I retired. This included World and European Championships culminating in the 1968 Olympics where I was the highest placed British gymnast.

During these years, I met many coaches and gymnasts whose help was invaluable. They provided advice and helped with new moves and I was able to increase the difficulty of my routines

Maggie pays tribute to the following

Bill Williams and his wife Lil. Bill was the coach at the Orion Gym Club and often came and coached at Bexley. Maggie credits him with helping her on beam with a cartwheel to handstand clear straddle down.

The Army Lads – who sat on the corners of the men’s parallel bars and A. bars to prevent them from tipping over, giving all competitors big smiles and thumbs up signs – in an era prior to the fixing of the A-bars to the floor (A bars then were just like parallel bars but with one bar raised.

Mrs Hruba (A Czechoslovakian lady who taught a gym class at Ladywell where Maggie trained from 1967) she taught me a sense of timing on floor exercise, improving my body line and softening my arms in the dance section – I found this difficult.

Brenda Hayday (A Bexley gymnast) I kept in touch with Brenda meeting up in the UK and then on her trips to Australia. She would always come to my gym club in Bromley (Maggie took up coaching after her retirement and ran a successful club in Bromley Kent) Brenda was a very fair judge giving advice to all the gymnasts after their competitions. 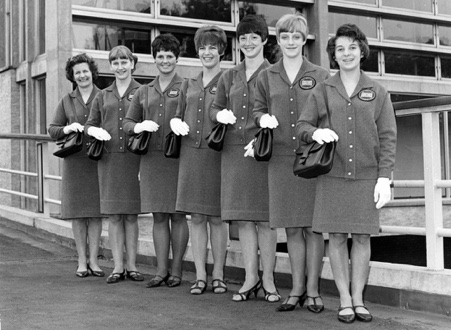 Rita Francis gymnast (a finalist at the Albert Hall British Championships) and later a body-builder.

Nik Stuart last but not least. Army gymnast (British Champion 9 times) and coach whose wicked sense of humour had all gymnasts whether training or travelling had us in first of hysterical laughter.

I also have memories of my Bexley and Ladywell team-mates.

Maggie pays tribute to her mother Barbara, saying In memory of my best friend, a supporter of my gymnastics and constantly in my thoughts, Barbara Bell and her loyal chocolate Labrador Coco.

Foot-note
Maggie was thrilled to be invited to Sholing School Southampton for a reunion of the netball and gym display groups in September 2018 which included her old PE teacher Ruth Walsh nee Kendal. 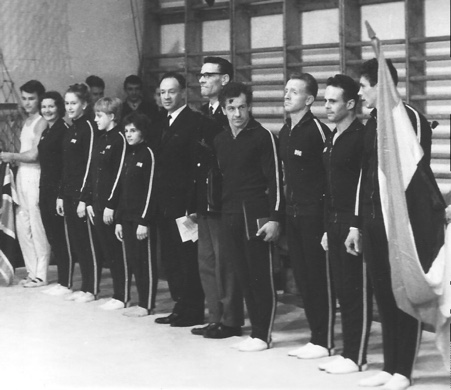 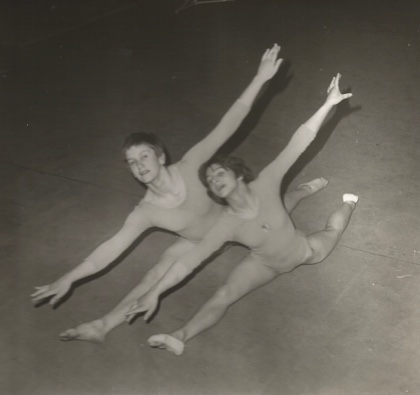 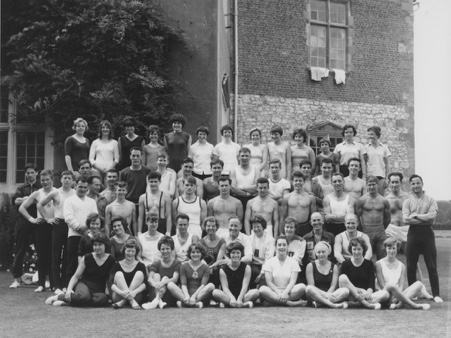 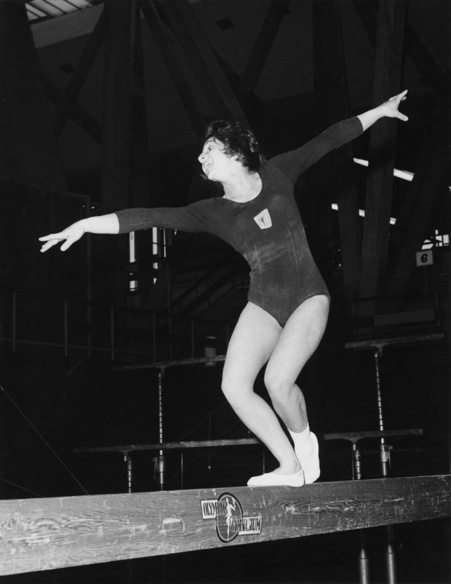 Sent from Australia, her home for many years. Maggie Bell was British Champion from 1966 to 1970.