My coach was Colin Leigh. He ran the North Manchester Gym Club which was based at Moston Brook High School. Marvin Campbell also trained there. Later we moved to a converted swimming pool that was built in 1899! The club’s name then changed to Central Manchester Gym Club.

My first competition was the Manchester Floor and Vault Championships at Abraham Moss Leisure Centre. I was 10 years old and won the bronze medal, however, there were only three gymnasts competing. 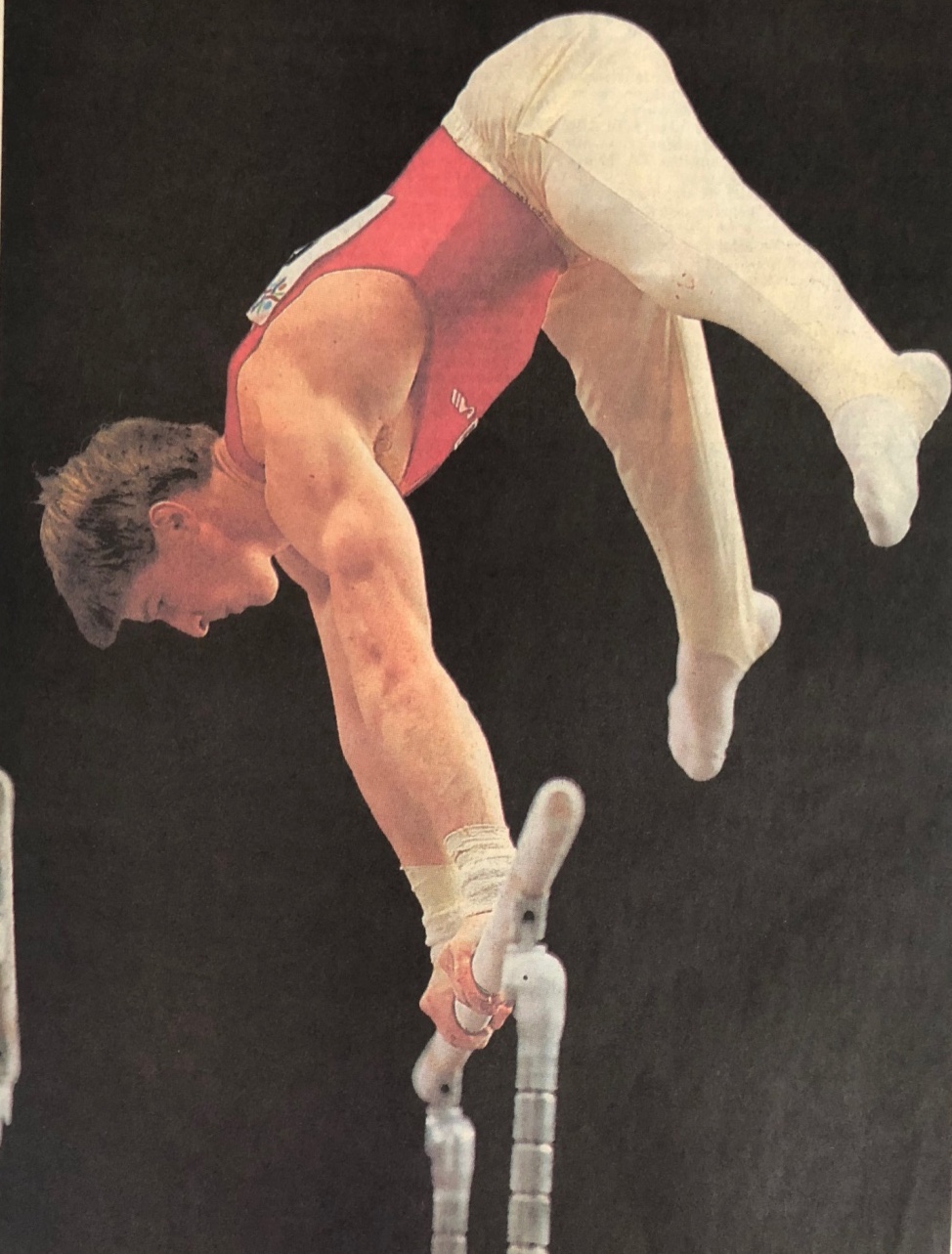 When I was 16 – 17 years old and started to grow I realized that the hard work had to be put in. There were more talented kids around but they gave up and dropped by the wayside. My hard work paid off.

I was selected for the 1989 worlds. My best feeling was there nailing my Kazamatsu vault and scoring 9.7. I felt the hairs on the back of my neck stand up, as I screamed and punched the air. To make it even more exciting Neil (Thomas) followed with a double twist scoring 9.8.

We moved up 6 places to come 13th – just one place to send a full team to the Olympics (this, however, was not an Olympic qualification year).

My best moment was to come when I won the British Championships so easily because I had read a book called Pschyo Cybernetics.

It put all the mental side into perspective. I won by a 3 – 4 point margin ahead of James May. Neil Thomas was injured but even if he was fit and competing I think I would have still won the way that I was mentally prepared that weekend. I felt invincible.

I owe my drive and determination to my late friend and gymnast Paul Blakeborough (the North West held the Paul Blakeborough Memorial trophy for many years) who died in front of me on my 17th birthday. He was my best friend and brother I never had. I was destroyed by this; I hated the world and just lived in the gym training like a man possessed. If the truth be known I never did gym for myself, it was for Paul, it was such a tragic loss and I had to find a reason as to why? He was the reason that I drove myself to win medals trophies and to achieve. He was my Olympic silent invisible team-mate.

My worst moments were the injuries at the worst times. My biggest regret was peaking too early and killing my chances for Olympics and World Championships. I also regret that I never achieved high points on the major podiums.

My lowest point was missing my handstand on the forward hip circle in the high bar set in 1996 scoring 6 – 7 something and thus my second Olympics dream dead in one false move. I cried all the way home in the car. Both Craig (Heap) and I missed out. 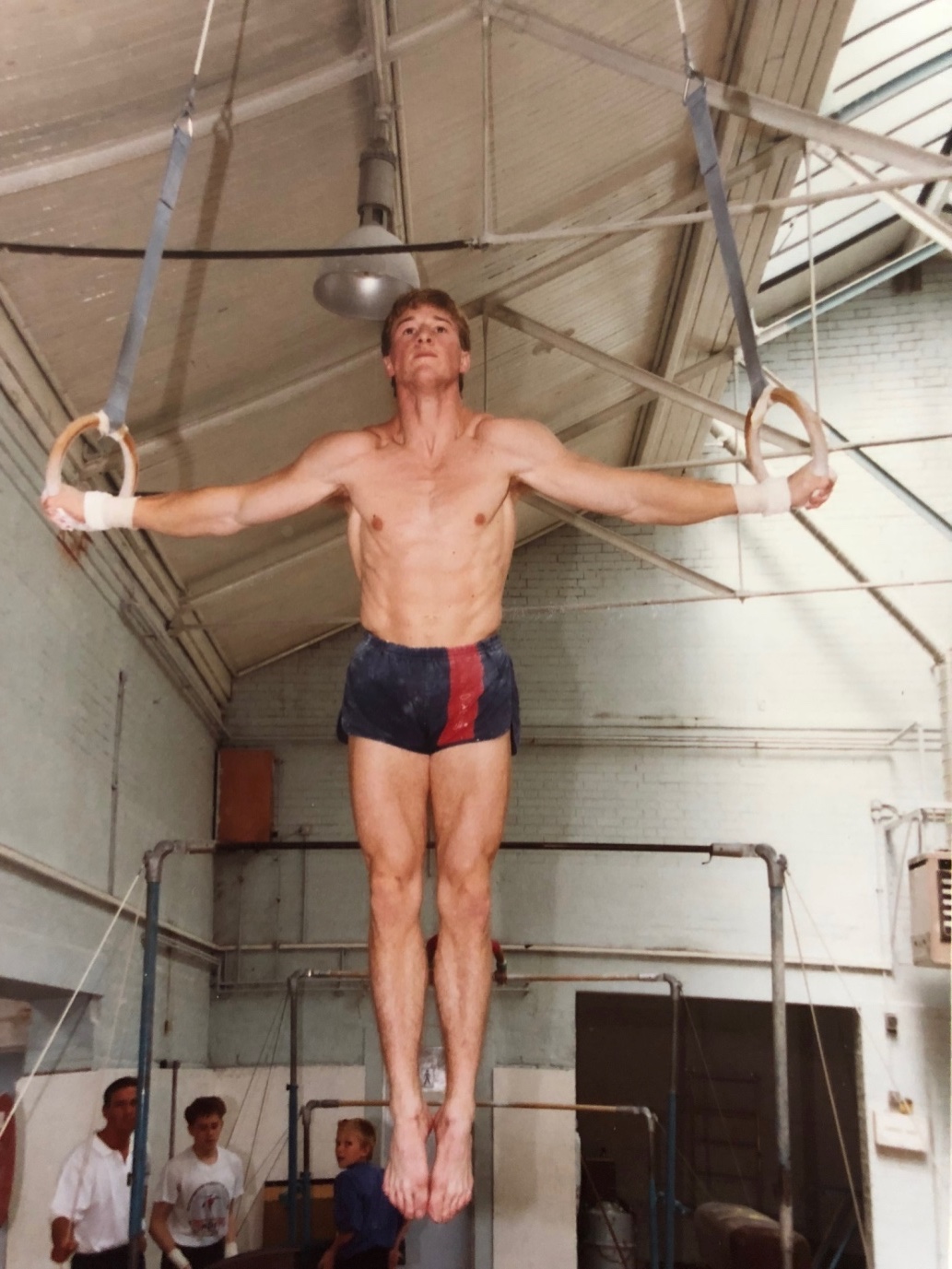 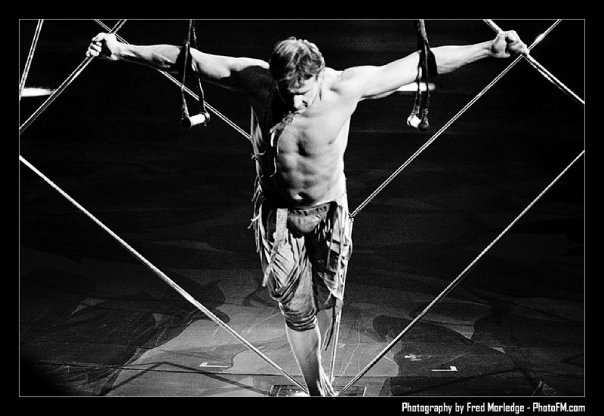 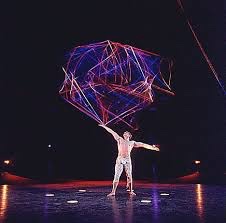 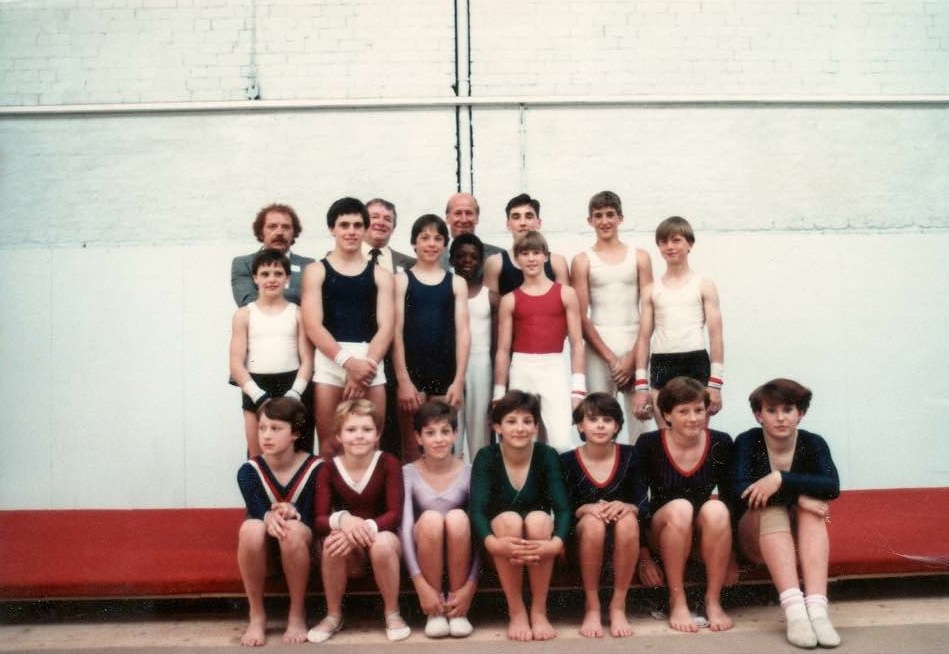 However, this turned out to be the best thing that ever happened as I joined Cirque du Soleil later that year and went straight to Vegas. I learnt an aerial cube act (this is a solo act) and toured Europe for 2 years from 1997-98 in the show Alegria. I then went on to perform in another Cirque act, Mystere from 1999-2014.

I am now married with 2 kids, Lyla and Charlie aged 12 & 14. I have retired from Cirque and have been selling real estate for the last 15 years in Vegas.

My first client back in 2004 was Zoltan Supola a Hungarian gymnast who I first met in the Stuttgart World Championships in 1989. I still live in Vegas close to gym friends Terry Bartlett and the Atherton twins Kevin and Andrew. 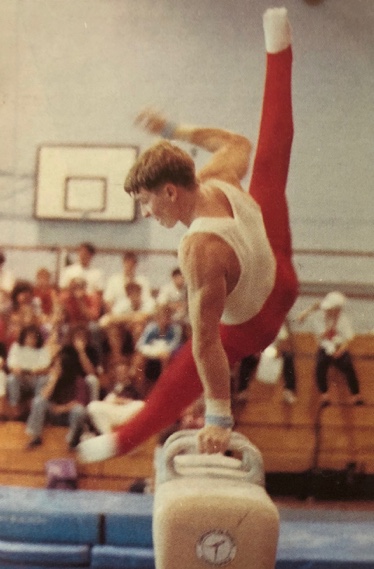